What You Need To Know

Kuwait City is the capital of the gulf nation of Kuwait. At its heart sits the Grand Mosque, known for its vast interior and chandeliered dome. On the waterfront, the late-19th-century Seif Palace features a neo-Arabic watchtower and manicured gardens. Nearby, the Kuwait National Museum explores history and features science shows at its planetarium. Souk Al-Mubarakiya is a vast food and handicraft market.From 2001 to 2009, Kuwait had the highest Human Development Index ranking in the Arab world. Kuwait ranks highly in regional metrics of gender equality, as it has the region’s highest Global Gender Gap ranking. 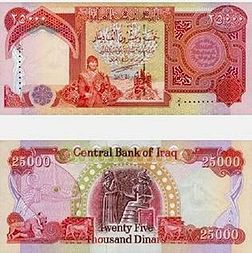 Kuwaiti popular culture, in the form of dialect poetry, film, theater, radio and television soap opera, flourishes and is even exported to neighboring states. Within the Gulf Arab states, the culture of Kuwait is the closest to the culture of Bahrain; this is evident in the close association between the two states in theatrical productions and soap operas. Kuwait is widely considered the cultural capital of the Gulf region, frequently dubbed the “Hollywood of the Gulf” due to the popularity of its Arabic television soap operas and theater.

Kuwait has a petroleum-based economy, petroleum is the main export product. The Kuwaiti dinar is the highest-valued unit of currency in the world. According to the World Bank, Kuwait is the fourth richest country in the world per capital. Kuwait is the second richest GCC country per capital (after Qatar). Petroleum accounts for half of GDP and 90% of government income. Non-petroleum industries include financial services. In the past five years, there has been a significant rise in entrepreneurship and small business start-ups in Kuwait. The informal sector is also on the rise, mainly due to the popularity of Instagram businesses. Kuwait is a major source of foreign economic assistance to other states through the Kuwait Fund for Arab Economic Development, an autonomous state institution created in 1961 on the pattern of international development agencies. In 1974, the fund’s lending mandate was expanded to include all developing countries in the world.

Kuwait’s official language is Modern Standard Arabic, its everyday usage is limited to journalism and education. Kuwaiti Arabic is the variant of Arabic used in everyday life. Kuwaiti Sign Language is used by the deaf community. English is taught since first grade at all schools and is widely understood and often used as a business language. Beside English, French is taught as a third language for the students of humanities section at schools, but for two years only. Due to historical immigration, Persian is used among Ayam Kuwaitis. Kuwaiti Arabic is a variant of Gulf Arabic, sharing similarities with the dialects of neighboring coastal areas in Eastern Arabia. Due to immigration during its early history as well as trade, Kuwaiti Arabic borrowed a lot of words from Persian, Indian, Turkish, English and even Italian. A unique characteristic in Kuwait is the use of words and phrases by women exclusively, for example “يَا حَافِظ”, roughly translated to “Oh Saver [God]”, is rarely or never used by men. It is also different from other Arabic dialects in the way that phonological assimilation occurs to a multitude of words. The only case of full assimilation is /dˤ/ changing to /ðˤ/ in all words.

Kuwaiti society is diverse and tolerant. The majority of Kuwait’s population is Sunni Muslim, with a significant minority of Shia Muslims. The country includes a native Christian community, estimated to be composed of between 259 and 400 Christian Kuwaiti citizens. Kuwait is the only GCC country besides Bahrain to have a local Christian population who hold citizenship. There is also a small number of Bahá’í Kuwaiti citizens. 2007 estimates indicate that Kuwait also has a large community of expatriate Christians, Hindus,Buddhists, and Sikhs.

The spring season in March is warm with occasional thunderstorms. The frequent winds from the northwest are cold in winter and hot in summer. Southeasterly damp winds spring up between July and October. Hot and dry south winds prevail in spring and early summer. The shamal, a northwesterly wind common during June and July, causes dramatic sandstorms. The temperature in Kuwait during summer is above 25 °C (77 °F). The highest recorded temperature was 54.4 °C (129.9 °F), which is the highest temperature recorded in Asia. Kuwait experiences colder winters than other GCC countries because of its location in a northern position near Iraq and Iran.